SILVER JUBILEE OF THE INDIAN PROVINCE 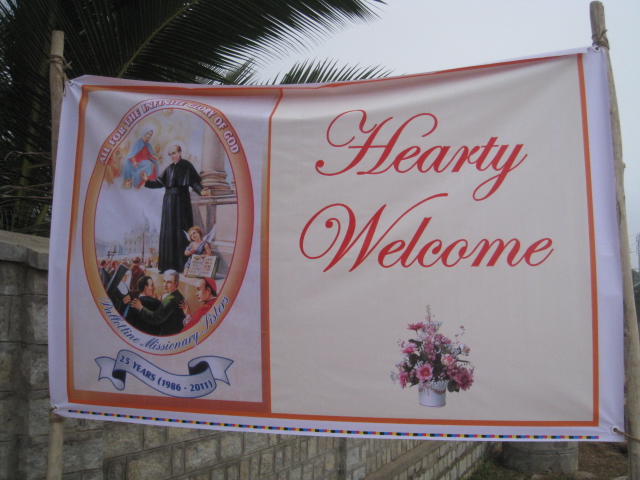 On the feast of Our Lady of Guadalupe on December 12, 2011- the sisters of Mother of Divine Love Province in India celebrated their Silver Jubilee. More than thirty Pallottine Missionary Sisters representing all of the local communities gathered at St. Vincent Krupa Convent, Bangalore, Karnataka State ahead of time and contributed their talents in different ways to prepare this special and historical event. 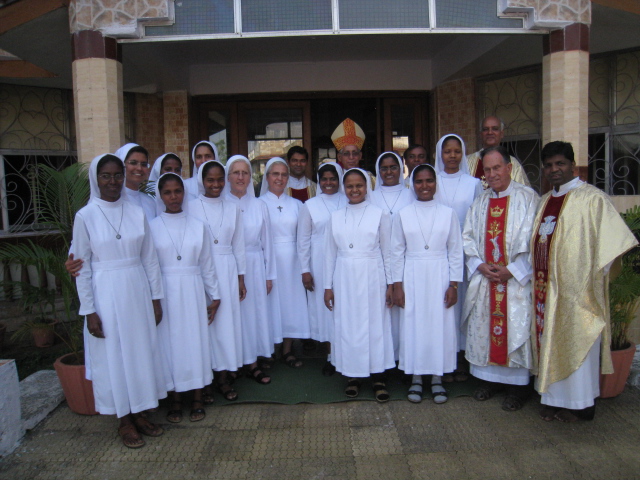 They were blessed to have the presence of the Archbishop of Bangalore, Bernard Moras, two Provincials of the Pallottine Fathers and Brothers in India, and the Provincial of the Sisters of the Catholic Apostolate. Among the distinguished guests there was also Fr. Manfred Hauck, SAC, who was with our sisters in India from the very beginning and accompanied then throughout their growth. Others present were Ms. Cresy, member of Khristsevikas and many representatives of other Pallottine communities, priests and religious, as well as Mrs. Helena Morkisz, sister of Sr. Stella Holisz, the parents and relatives of our sisters in Bangalore, and numerous parishioners. 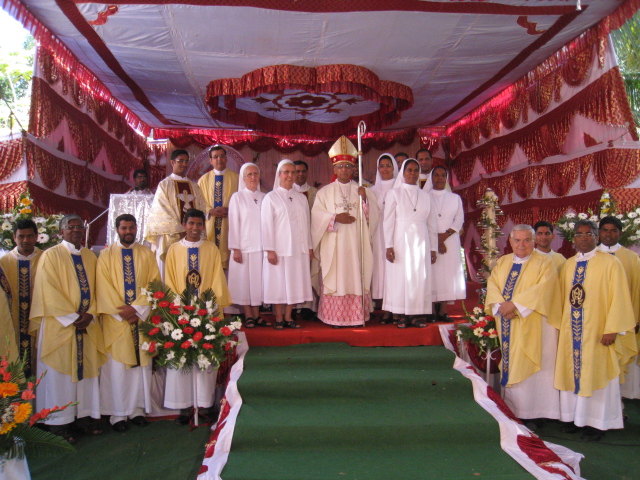 As the choir melodiously began the entrance hymn, 25 sisters each carrying a lit candle were led in procession by Sr. Izabela Świerad, Superior General, Sr. Stella Holisz and Sr. Josephina D’Souza to the beautifully decorated pandal in the garden in front of our convent for the Eucharistic celebration. Sr. Helen Lourduswamy, provincial councilor, gave an introduction for the Eucharistic celebration. Archbishop Bernard Moras was the main celebrant along with 24 concelebrants. He was welcomed with “Mangala Arathi”, and all participants in the Mass were welcomed with “Kumkum and Sandalwood paste” on their forehead. The Archbishop in his homily invited all to be people of faith, to transform this faith in the life of society and proclaim the Good News in the Archdiocese of Bangalore, which has dedicated year 2012 to Evangelization. At the offertory procession Sr. Josephina D’Souza offered a bouquet of flowers in the name of all the members of the Province. 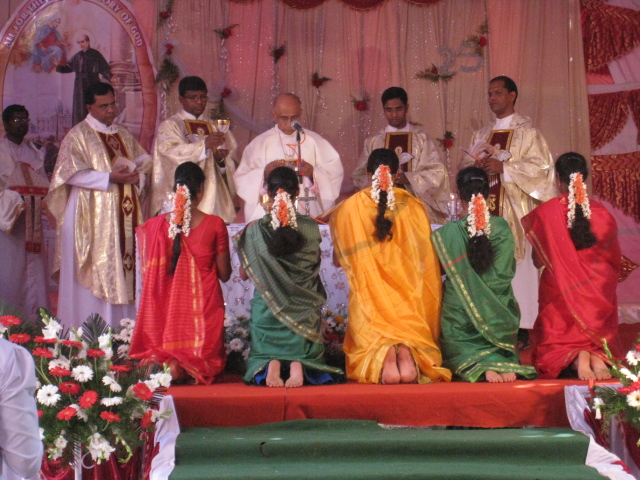 During the doxology, the aspirants performed “Maha Arathi” with flowers, incense, and light (an Indian style of honoring God). Following the Eucharist Sr. Alda Paes, as mistress of ceremony, invited various sisters to felicitate the dignitaries of the day with a shawl and a memento with a picture of St. Vincent Pallotti and the theme of the jubilee, “All for the Infinite Glory of God.” Sr. Izabela then delivered the jubilee message appreciating and thanking every sister who was instrumental in building up the Province of Mother of Divine Love. 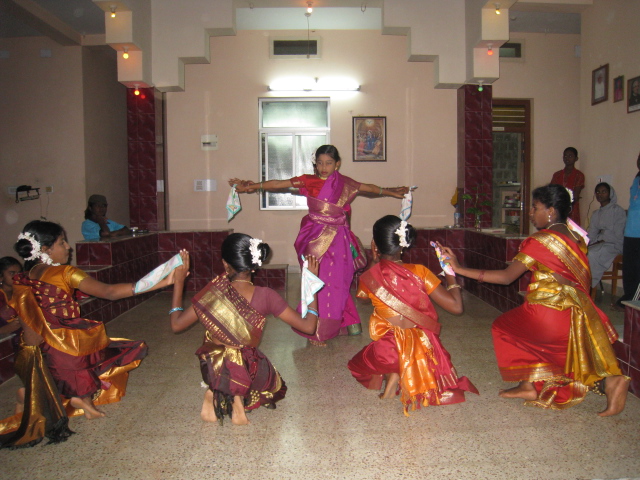 In the cultural program students from the Bangalore hostel performed a prayer dance, which raised the spirits of all to God Almighty. The candidates and postulants joined with the students and presented a fusion dance depicting the cultures and languages of the different areas of the Province. Two students from Manjeshwar School danced the life of St. Vincent Pallotti. Sr. Inacinha Fernandes, Vice Provincial, gave words of thanks and the celebration of the Silver Jubilee ended with an AGAPE!