A few days ago Sr. Izabela Ṥwierad, Superior General and Sr. Josephine D’Souza, General Councillor returned from the country, which is located in the heart of Africa and known as the Kingdom of Great Lakes and a Thousand Hills – Rwanda. The purpose of this journey was to accompany our Sisters during their first Regional Chapter and to celebrate the erection of a new Region of the Pallottine Missionary Sisters of Notre Dame de Kibeho. 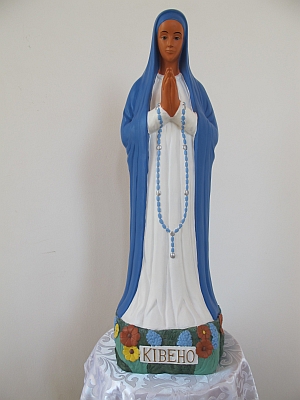 In 1977 Sr. Fides Misiewicz, Provincial of the Polish Province, answered the invitation of Bishop Jean-Baptiste Gahamanyi of Butare and sent the first three missionaries: Sr. Rafała Raś, Sr. Irena Stachowiak, and Sr. Victima Bischoff to establish a new mission and community of Sisters. God blessed their work; the community grew with local vocations, and developed in different parts of Rwanda and Congo. Today we witness six communities with 30 sisters, 12 postulants and three novices, who are fully engaged in various apostolates. 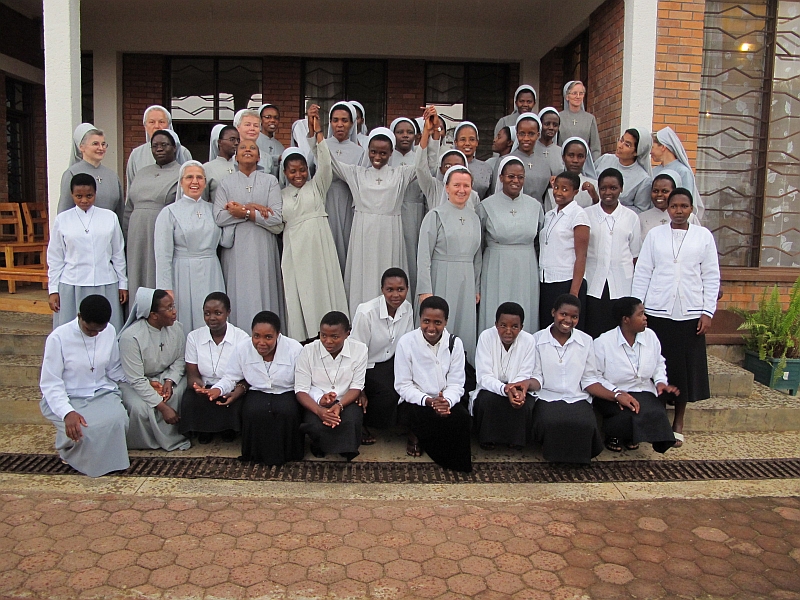 The General Chapter members in 2010 recognized the maturity and readiness of these sisters to take over the leadership on their own. The last decisions were made and the process of preparation for the new Region began. In February 2011 all final professed sisters of Rwanda and Congo gathered in Kibeho for their First Regional Chapter, which theme was: In fidelity to the charism, let us be witness of peace and reconciliation. 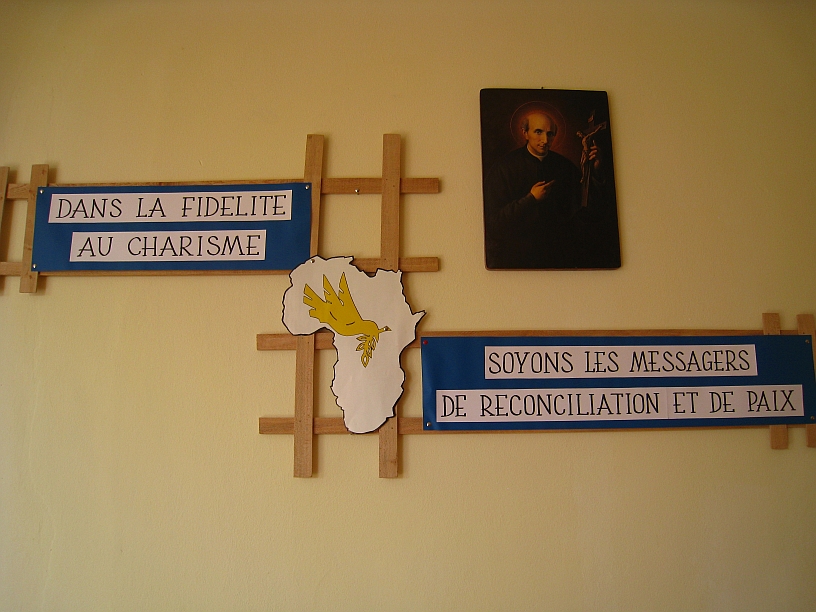 For six days the members worked hard and prayed zealously calling on the intercession of Mother of Kibeho to read the will of God regarding this young Region. All felt the atmosphere of the Cenacle and guidance of the Holy Spirit. On 10 February the capitulars elected the following new Regional team: 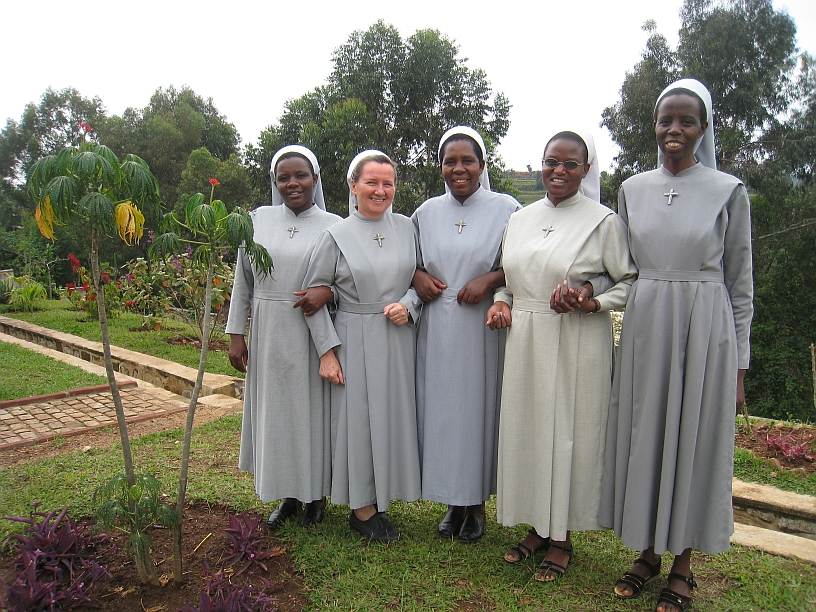 The 12th of February was a joyous day for the Pallottine Family in Rwanda and all over the world. Bishop Augustine Misago of the Diocese of Gikongoro presided the solemn Eucharist in the Sanctuary of Kibeho. There in thanksgiving the participants and faithful prayed in the intention of the new Region and Sr. Bellancila, Regional Superior, who is also the first Rwandan Sister to celebrated her 25 anniversary of Religious Life. During the Mass the Decree of Erection was announced for the new Notre Dame de Kibeho Region. 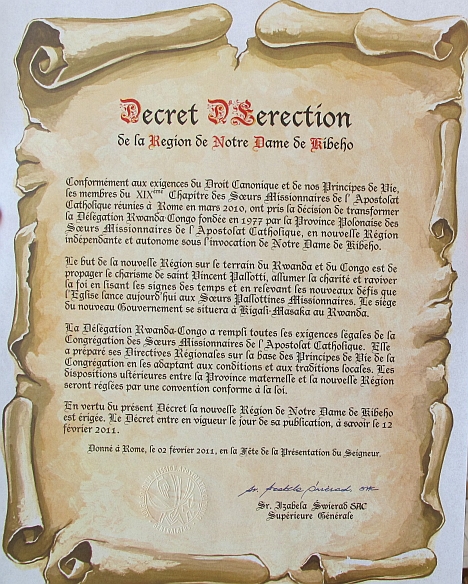 Sr. Bernadetta Turecka, Provincial of Mother Province was honoured to read the Decree. At the end the Bishop blessed a new statue of Virgin Mary of Kibeho for the Region, the sisters renewed their act of consecration and then all followed in procession carrying the new statue from the Church to the convent, singing and dancing in their true traditional style. This was an unforgettable and historical moment for our entire Congregation and very much awaited by our Polish, Rwandan and Congolese Sisters. 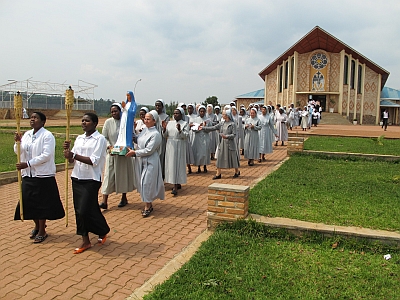 We, Pallottine Missionary Sisters wish the young Region great development and many new vocations. May Our Lady of Kibeho be their guide and example of deep faith, great love, and of women of courage.