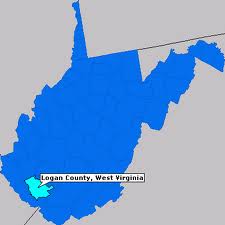 On November 21, 1943, Srs. Lamberta Berg and Carmen Kovacs traveled the crooked W.V. roads to begin the apostolate in Logan. Sr. Ludwiga Adler replaced Sr. Lamberta the following year, and she spent a total of twenty years in Logan. Rev. Joseph M. Norton was the pastor until 1968, and he was followed by Fr. Gillooly. 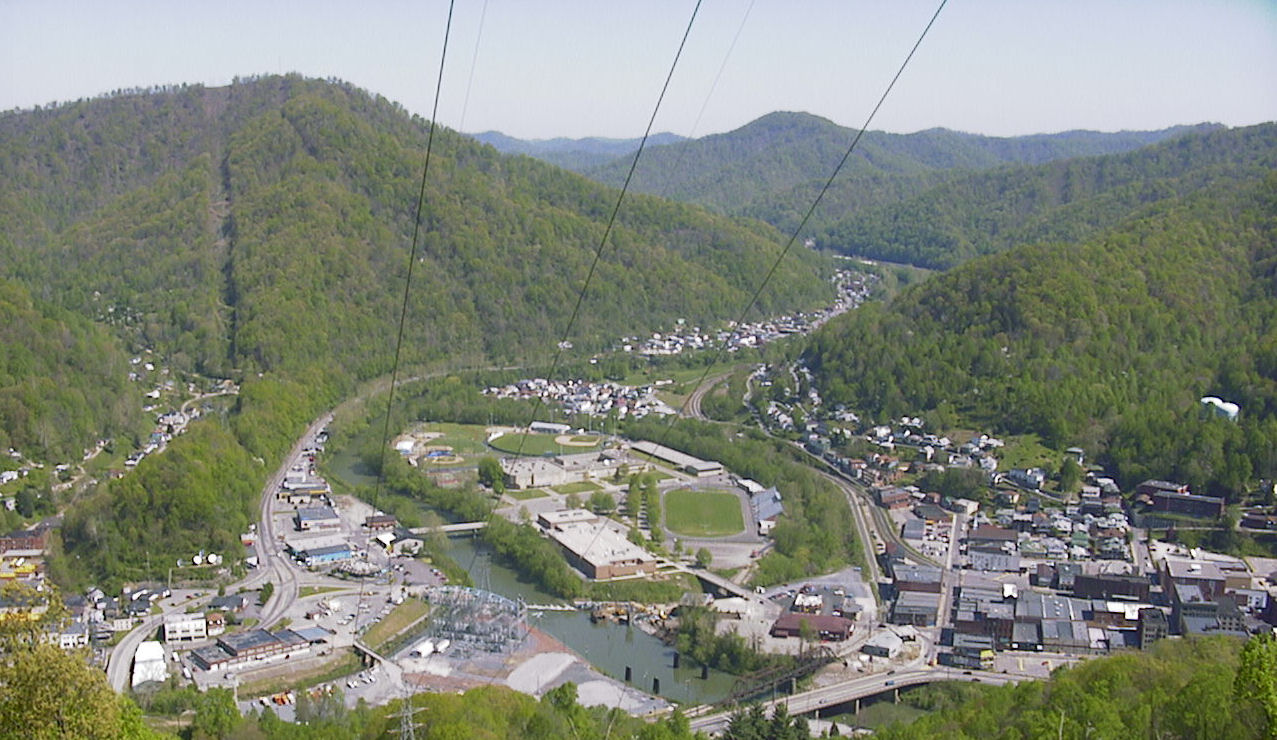 The first five years were spent in an apartment in the Guyandotte Apartment House. Then a small convent was built on top of the parish garage.

The parish boundary included all of Logan county and part of Boone County, which was a radius of 45 miles. The work included parish work, census taking, and instructing the children of Italian, Hungarian, Polish, and Slovakian immigrants, who lived in the coal mining towns. 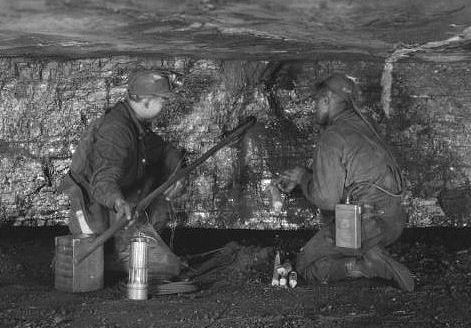 Miners getting coal on their knees, 1933

At first instructions were given in the public schools during released time; however, some Protestant ministers objected to this arrangement, fearing that the sisters would attempt to make all the children Catholic. By the end of April, instruction was given in private homes. This proved to be a blessing in disguise, as the adults could listen to the instructions of the children, and therefore, they, too, gained religious instruction. (Below: The first Christian Church in Logan) 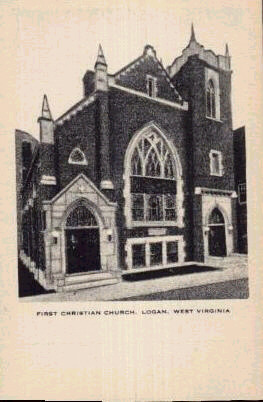 Religious prejudice was strong in Logan in the early years. In the 1944 Presidential election, one nominee for the office was Catholic. On election day, the sisters were advised to stay in the apartment.

In 1944-1945 the sisters participated in the Community Fund and received $2,000 a year to assist the needy. People came to the door for help. Bigotry put an end to this assistance, when the presiding Judge made the statement, “There is only one charitable organization in this county, and that is the Salvation Army.”

Later a religious articles store was opened and the profit was used for the poor. This amounted to several hundred dollars a year.

In 1945, opposing ministers were pulled out of Logan Co. Nicknames like, ”ghosts, witches, and devils” stopped. The sisters began to enjoy a good relationship with both Catholics and Protestants.

Over the years prejudice weakened still further, and the sisters were welcomed in most homes in the area. They accomplished a great deal of good, and were loved and respected by the people in Logan.

Sr. Carmen Kovacs was a Pallottine Sister from Logan. She worked there for forty years instructing children and adults, and meeting the needs of the poor who came to the convent for help.

Logan is prone to flooding, and in 1963, while the Guyandotte River raged out of control, Srs. Carmen and Ludwiga had to be literally carried from the convent to safety. 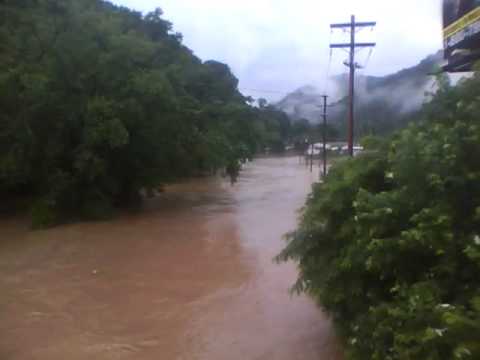 A typical flood for Logan

The worst flood came on February 26, 1972, when the Buffalo Creek Dam broke, leaving 125 persons dead, 1,121 injured, and over 4,000 homeless. This dam was the property of the Piston Coal Co., and when it collapsed, it poured 132,000,000 gallons of black waste water upon the residents of the area. It has been built on top of coal slurry sediment, instead of on solid bedrock. The coal company declared it “an Act of God,” but lawsuits followed, and the company was found liable. 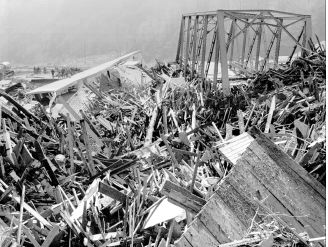 Logan bridge after the flood 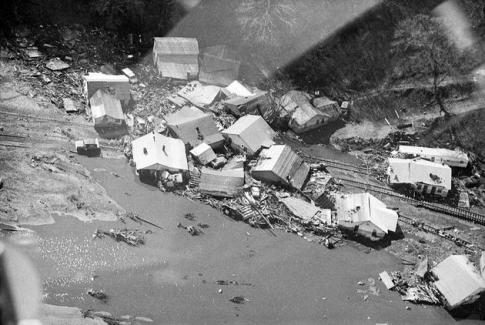 Sr. Diane Bushee, and two other sister nurses from St. Mary’s Hospital came to assist the people after this tragedy. The Logan sisters were also active in assisting the needy at this time.

In June, 1982, the Pallottine Sisters left Logan due to a shortage of personnel to continue to staff this apostolate.