Beginnings of the Pallottine Mission in Rwanda

When in 1968 the Polish Pallottines acquired the status of the province, and an increase in vocations became a sign of further development of the Congregation in Poland, the intuition that this is the time to fully implement the charism of the Founder “to go to missions to distant lands” matured in the sisters. It is true that everyday life in the communist regime meant for the Church a huge challenge. Concern about keeping the faith in a society was a missionary task to us and somehow explained our less direct involvement in foreign missions at that time. There, in our own country, has been our mission. This was our conviction. But the Lord saw it differently. Many of the sisters began to report the readiness to go into the unknown, due to a special inner call to work on missions. Ultimately, a deep understanding of the essence of the charism of St. Vincent formed the basis for decisions of superiors (Sr. Zygmunta Bielawy initially, then Sr. Fides Misiewicz, together with their councils) to send the sisters to the mission. Historically, the matter of the mission and the heroic beginnings of the German sisters in Cameroon laid at the source of our foundation, us as Pallottines, as the fulfillment of the will and dreams of St. Vincent Pallotti.

In 1977, Polish Pallottines formed their first independent missionary “outpost” in Rwanda. The preparation for taking this work started with the arrival of Bishop of Rwanda John B. Gahamanyi in Poland. The meeting with a Rwandian Bishop took place in Gdansk on May 5th, 1976. The Sisters who had been preparing themselves to the mission were introduced to the Bishop. When the Bishop presented the situation of the Church in Rwanda, there was no doubt that our presence in Africa was necessary. 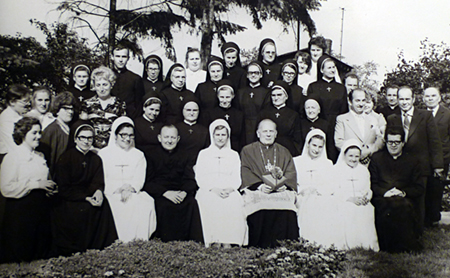 After the linguistic preparation in Switzerland, the first Sisters arrived in Rwanda in autumn 1977, then the next missionaries joined the pioneers. It should be mentioned the names of our pioneers: Srs Irena Stachowiak, Rafala Ras, Victima Bischoff and Bogdana Cwalinska. Then gradually, over the years, have joined another missionaries, with ever younger generations of the Sisters, supplying the Rwandan mission. Gikongo, Masaka and Ruhango became the Sisters’ working area.They ran health centers there, centers for malnourished children, school-life for girls, cared for orphans and the poor in the parish. 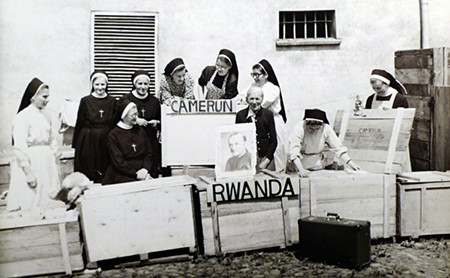 Preparations to the mission in Rwanda, Kalisz, 1977

This is well known and applies to our Sisters as well. A nurse in the mission has to be often a doctor there, a midwife at delivery, a nurse in surgery, hygienist, preparing young mothers to nurture their children, an environmental nurse to check the living conditions of starving children or go into the area to investigate the causes of high mortality of children. She has to be a head of the working people mobilizing them to the daily work, a teacher, and mother of orphans. The first orphanage was named St. Agatha, like an orphanage founded by Pallotti in Rome. After dealing with the problems of local language, sisters broadened the scope of their ministries, especially in education.

On January 22nd, 1983, the novitiate was opened. First Rwandese novices started preparation for the first profession. The religious formation lasting for many years has yielded its fruits during the war that broke out in 1994. Rwandese Sisters originated from both fighting tribes: Tutsi and Hutu. In the most dramatic situations of the war the Sisters supported each other very much and gave an example of true evangelical love across divisions. This was a speedy maturing in their humanity and religious life. It provides the Congregation with strong roots in Rwanda. It is worth mentioning that the Polish Sisters shared the most difficult moments of the war with the Rwandese Sisters, having been with them for good and bad. 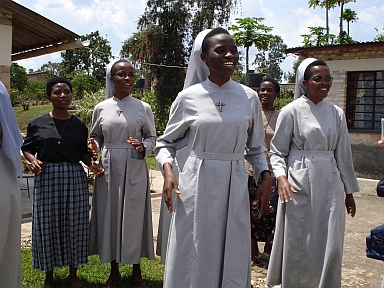 The society paid the highest price for the war of 1994, so dramatically marked by genocide: huge loss of human lives, extreme poverty, broken families, orphans, HIV/AIDS pandemic, etc. The Catholic Church paid a heavy tribute to those tragic events as well: four bishops and more than hundred priests and near two hundred sisters and religious brothers were killed as well as hundred of thousands of Christians. Some gave a true witness of charity, heroism and even martyrdom for their faith. Others failed the trial, succumbing to weakness, betrayal, hatred and intolerance. Only God knows the hearts of the people and their motivations.

History of Rwanda and history of the Church in Rwanda divides into time before the war and time after the war. The Church had to face difficult challenge to help in healing, reconciliating and conversing very wounded society. The local Church took responsibility for deepening and consolidating the Christian message among brothers. Seems the period of the foreign missionaries is going towards its end. A flourishing Catholic Church, with many good Christians and many vocations to priesthood and religious life is becoming mature and able to handle their life. Now the real work has to be done by the Africans themselves. 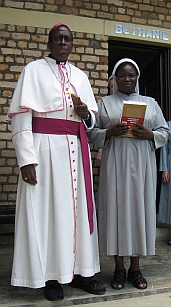 After the war the Sisters feel much more rooted in Rwanda. They work in Masaka, Gikondo, Ruhango, Kibeho and in Congo – Murambi and Keshero( initially Congo was the place of refuge and an emergency shelter for the Sisters during the war in 1994; the Sisters remained there due to great needs of the people there). The apostolate covers the typical areas: health, natural family planning service, assistance to orphans and the poor, nutritional service, catechesis, pastoral of young girls and youth. At present there are 30 Sisters (6 missionaries from Poland), well prepared through professional education to perform duties and answer to people’s needs. The Rwandese Sisters humbly say about their ministry: “Our apostolate is based on our presence among the people with a sign of hope for them, an attentive listening, which is a therapy for some cases, a particular care to hopeless and vulnerable persons. Above all, our apostolate is basically linked to daily prayer which is the source of our apostolate, according to our Founder”. 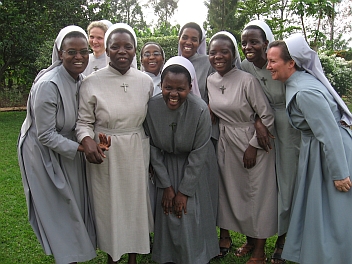 The Delegature in Rwanda grew up to the next stage of development. It is about to obtain a status of region.

The note based on the archives of the Polish Province.