Visitation of Superior General In Belarus

Belarus is a small country in Eastern Europe. The Belarusian territory covers 207,600 km2 and has 10 million inhabitants. During the centuries stronger neighboring countries often divided the country, and every new government established their own form of government. The Belarusian nation was counted always as a “secondary entity”. During the last century, the oppressive government of the Czar and Soviet Union created a lot of devastation and left great distruction in the minds of the people. 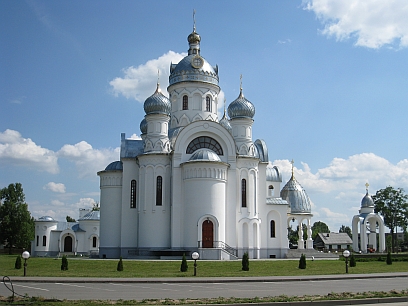 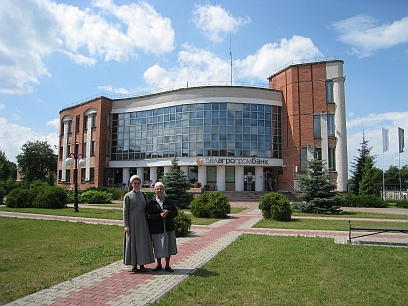 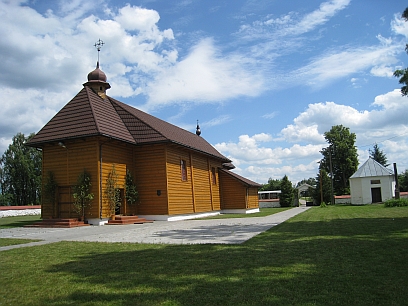 Sanctuary of Blessed Mother in Trokiele 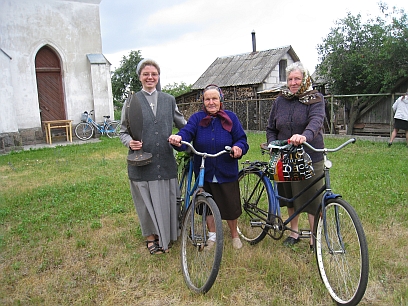 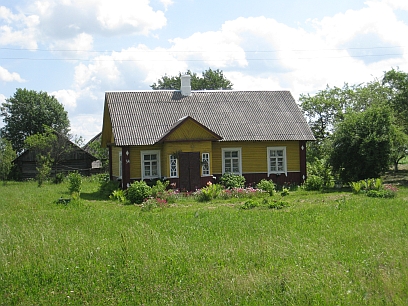 When in July 1932 Duke Żółkiewski granted his property in Rajca near Nowogródek to the Pallottine Fathers, this was still in the territory of Poland. In June 1933 it was decided to give this property to the Pallottine Sisters, who were looking for a house for a first community. On 2 February 1934 the first two Pallottine Sisters came to Poland (Ołtarzew) from Germany: Sr. Aurelia Wachowska and Sr. Kazimiera Milewska, who in the beginning of April left for Rajca already with 7 postulants. The young community quickly grew and the sisters were able to embrace all kinds of work serving the local people. They opened a kindergarten, a medical center, taught catechesis, sowing courses, worked in the garden, etc. Besides this work, they also had a very intensive formation. From the beginning a great factor in building up the Polish Province was the help of Sisters from Germany. The Congregation grew steadily and new communities were established; before World War II there were 11. Sadly, the war cut this development, and the sisters were pressed to leave their communities. 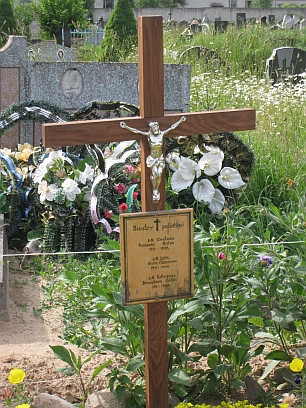 The place where the first Pallottines were buried

In 1993, at the invitation of the Pallottine Fathers, the Sisters returned to these territories. The first station was established in Woronowo, in the Northwestern part of Belarus. This land, until World War II, had belonged to the Nowogródek District in Poland and was a Catholic town. Therefore, after the war the communist government did everything to tear out the faith from the hearts of people. The pastoral work was continued to 1947 when the last priest, Fr. Kujawa, left Woronowo. Although the parishioners paid taxes for the church, the local government forbad any pastoral activity. This historical church of the XVI century was closed and in 1968 destroyed in a very cruel way. A cultural center was then built on the site. However, this did not stop the people from worshiping as they soon found other churches. At the end of the 80’s the parishioners were persistently asking permission to built a new church, and in the spring 1989 the government finally granted land for building. A small building on the site was renovated and changed into a chapel to be used before the church was finished. On 15 April 1989 Pallottine Father Marian Kopeć celebrated the first Mass after 43 years, and a cross that was blessed during the Mass was immediately erected. The church grew into a living body and so did the faith in the hearts of the faithful of St. Apostles Simon and Jude Thaddeus parish in Woronowo. 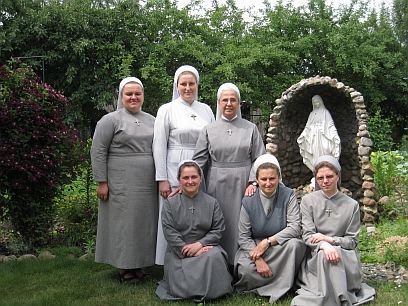 In the pastoral work importance was focused on the catechesis of both children and adults, and to preparation for the sacraments, particularly regulations for the sacrament of marriage. New groups of altar boys and a schola of girls were organized. In July 1991, around 200 children were prepared for and received First Communion. The zeal of the pastor and good will of the inhabitants made the parish grow quickly. More and more children and youth were attending the religion; yearly between 150-250 children and adults were prepared to receive First Communion. All kinds of games and trips, even to Poland, were organized for children and youth. Through different forms of spiritual activities, such as preaching and teaching the Gospel, retreats and recollection days, prayer services, and the establishment of prayer groups created a lively and vivid spiritual life in the parish. 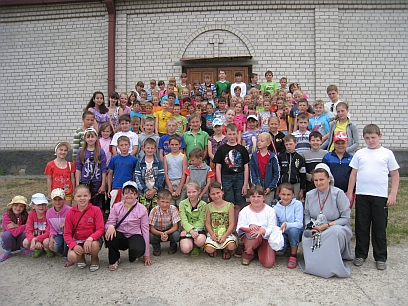 In the beginning the Pallottine sisters lived in the homes of the lay people and in the rectory for some time. Only in 2001 did they build a small convent near the church. With great dedication and involvement they worked as catechists and performed charitable works. Although the political situation in Belarus is always unstable, and the sisters from Poland still have problems receiving visas and permission for teaching religion, they work courageously wherever needed by preparing for the sacraments, guiding children and youth groups, catechising and performing charitable works. Thanks be to dedicated work of the Pallottine Fathers and Sisters, the Woronowo parish is very vibrant and developed. Presently three sisters: Srs. Magdalena Hermanowicz (Polish), Olga Rynkiewicz (Belarusian), and Snieżana Wieryszko (Belarusian) are ministering there. 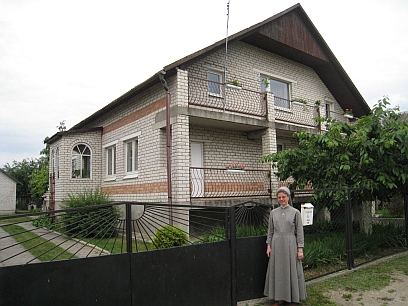 Sr. Natalia and our convent in Bereza.

The second community in Belarus was established in 1994 in Bereza Kartuska, a distance of 250 km north from Woronowo. Bereza is a big city with 31,000 inhabitants with one Roman Catholic Church served by the Pallottine Fathers. 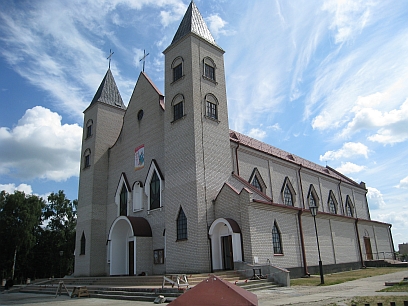 There the Sisters collaborate with the Fathers and the UAC members by being engaged in the catechesis of children and youth, organization of summer camps and pilgrimages, and service to the elderly, sick and lonely. They also go outside to the villages and small cities, where groups of Catholics live. Sr. Natalia Pieckielun from Belarus takes care of UAC members and the parish choir and Sr. Jadwiga Puchalska from Ukraine is the sacristan. 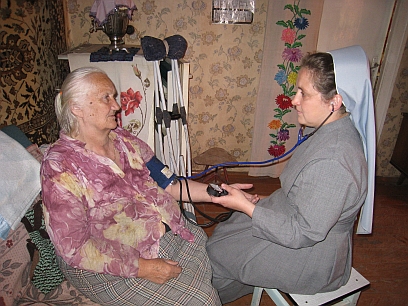 Sr. Jadwiga with her elderly patient.

From 14 – 23 June, Sr. Izabela Świerad, Superior General accompanied by Sr. Bożena Olszewska, General Councillor made her visitation to the communities of Belarus. Every visit of Sisters gives great joy, strength and God’s blessing, but this time, the visit of the Superior General from Rome was a unique experience. Communal encounters brought much joy to hearts of the sisters and interesting knowledge about communities around the world, where Pallottine Sisters are working. They enriched and strengthened the sisters spiritually by community prayers, talks and sharing. Each one had the possibility to meet individually with the Superior General, and she had the opportunity to see the apostolates in action. One of these was a delightful visit to the summer camp for 100 children from 9-10 years old. The Sisters from Rome made a call to the families of Sr. Olga and Sr. Natalia, who are from Woronowo.

Sr. Sniezana and a group of Little Apostles.

On Sunday, 19 June all the Sisters went to the second Pallottine community in Bereza. On the way they stopped in Rajca, and at the Switez Lake, often mentioned in the poetry of Adam Mickiewicz. These are the historical places of the beginnings of the Polish Province. A visit was also paid to “our old house” in Rajca that was bought from the government by an artist family; a retired professor of art and her husband, who is writing icons. 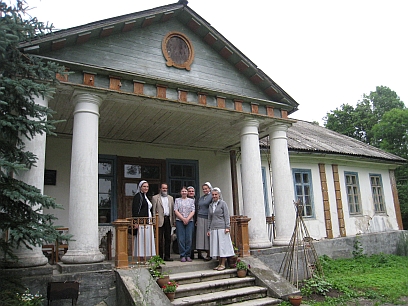 “Our old house” in Rajca.

Now there are renovations going on and soon this little palace, a cradle of Pallottine Sisters of Poland, will become a Museum of Belarusian Culture and School of Icons. An interesting and deep experience for the sisters was their participation in the Corpus Christi procession along the streets of Bereza. 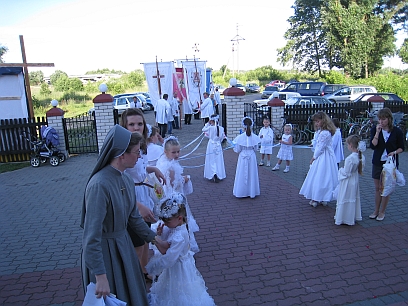 From 1-5 Photos from Corpus Christi procession in Bereza. 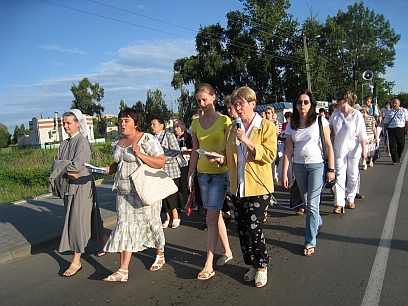 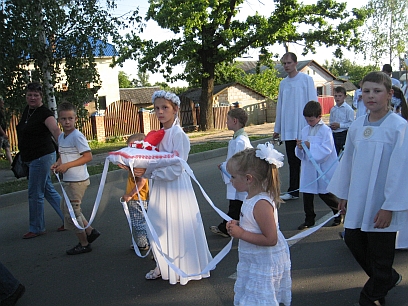 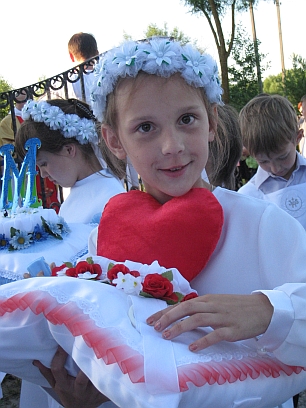 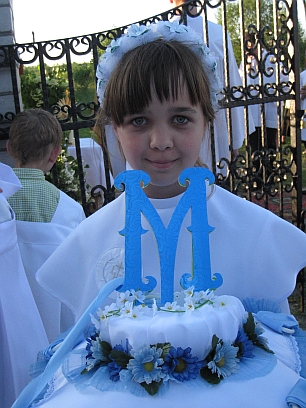 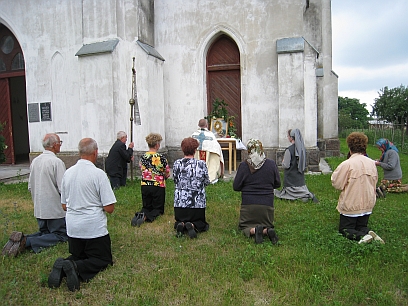 The procession of Corpus Christi in a small Catholic village.

The faith of parishioners and their involvement in this event along with the help of the Belarusian milicja (police) who cared for security on the streets during the procession all made a great impression and brought a new hope for better days. 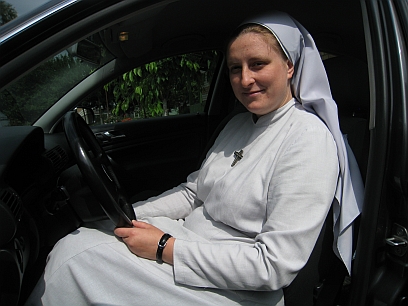