The glimpse of the happenings in Tanzania

It is with great honor and with traditional songs and dances, the Sisters welcomed the Superior General Sr. Izabela Świerad for an historic event – to inaugurate the International Novitiate in Poli Singisi, Arusha and to hold a Continental Meeting of Major Superiors of Africa, India and Brazil. Sr. Izabela was accompanied by the Superior General of the Roman Pallottine Sisters, Sr. Ivete Garlet and her Councillor, Sr. Stella Marotta. They arrived on 31 August at Kilimanjaro International airport. This invitation to visit our mission in Tanzania has come as a result of the historical celebration which was held on the feast of Pentecost at Pia Casa in Rome, the birth place of the Pallottine Sisters, and from their hearts’ desire to work towards unification of two Sisterly Congregation. 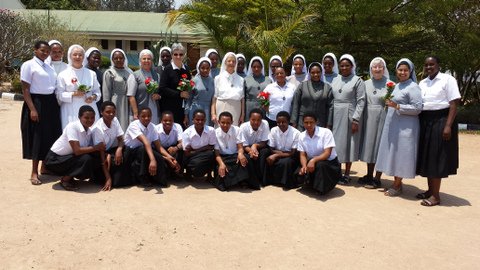 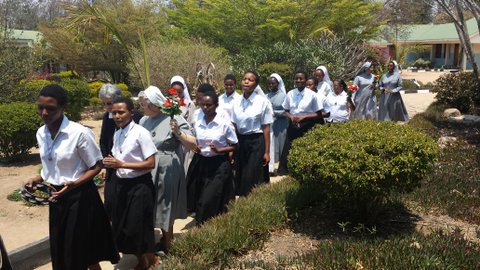 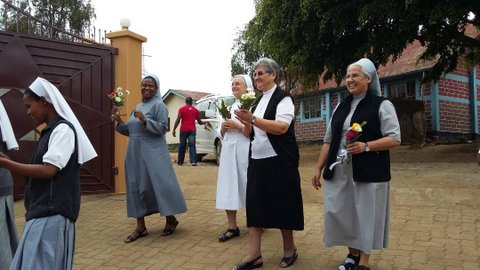 Indeed, it was an impressive visit of both Superior Generals to a Tanzanian mission in Africa. In order to get the glimpse of the wide spread apostolates, they visited the first mission of the Sisters in Siuyu which is 200 miles from Arusha. Here our Sisters run a flourishing Secondary School for Girls and a Dispensary. They also work at the Rehabilitation Centre for mentally and physically challenged children, which was built by Fr. Tom Ryan SAC, and is being run by the Union with Sr. Rosemary Ombay, a Pallottine Sister as the Assistant Director. 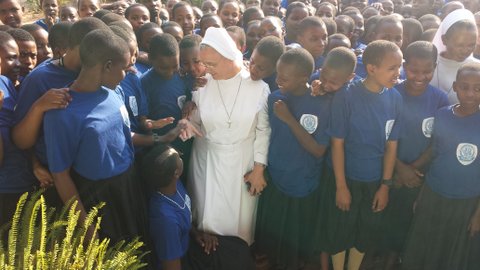 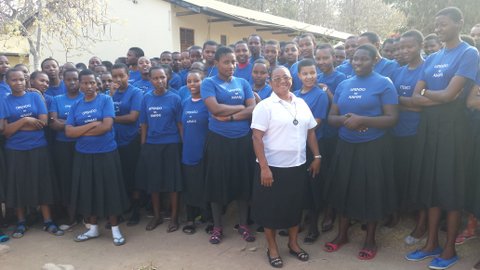 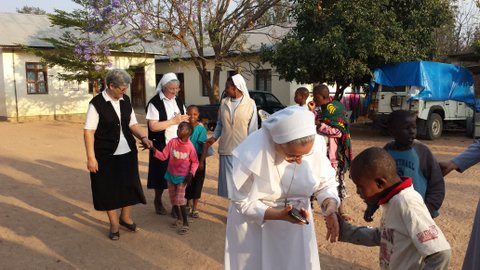 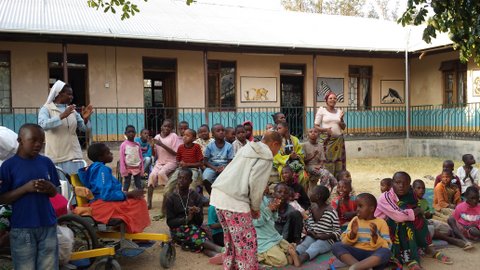 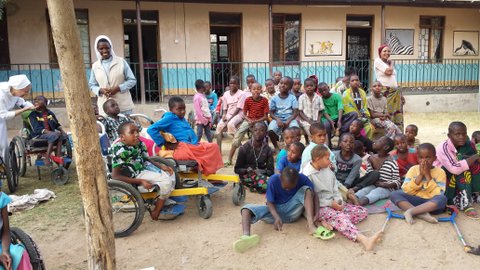 September 3rd was a remarkable day which will always be remembered in the history of the Tanzanian Mission. It was a Feast Day of our dear Sr. Izabela celebrated in traditional fashion of Africa. In the beautiful chapel in Poli Singisi the Holy Mass was celebrated for her intention by Fr. Dariusz, the Novice Master of the Conventual Franciscans. The Liturgy was a joyful celebration of song and music led by our 16 Postulants and 8 Novices from five different countries and in four languages. Thirty Pallottine Sisters participated including the Superior General of the Roman Pallottine Sisters, Sr. Ivete Garlet and her Councillor Sr. Stella Marotta. Then all processed to the newly constructed Entrance where the new gate was officially blessed and the ribbon was cut by Sr. Izabela Świerad, our Superior General. 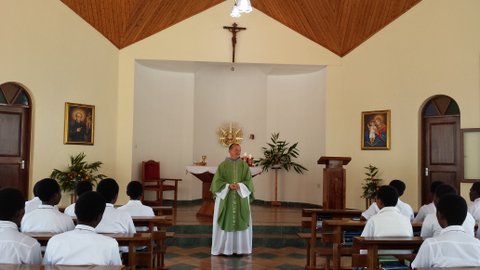 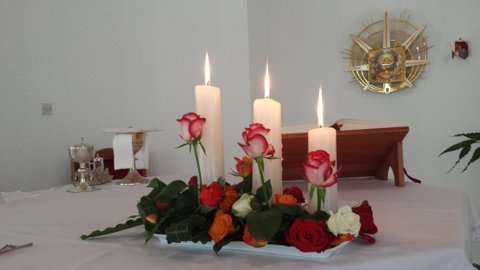 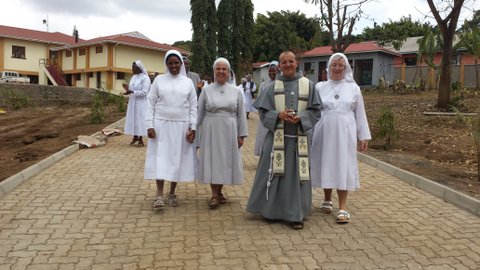 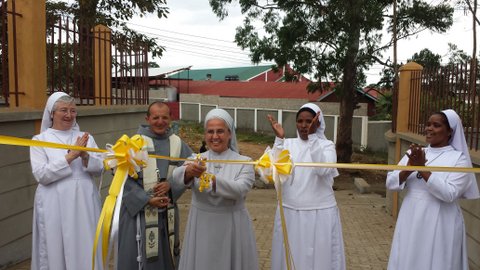 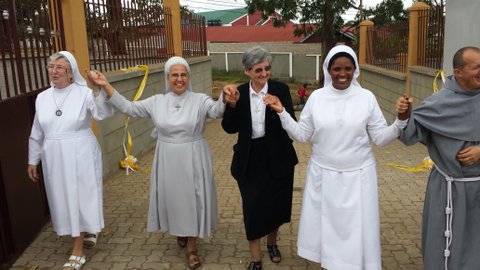 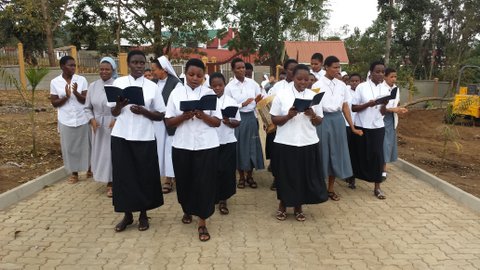 The festive meal which followed included a traditional ’keki’, a roasted goat, presented by the Contractor and his family, who recently renovated the whole Novitiate House, to accommodate the Postulants from Rwanda, Congo, Brazil and Tanzania as well as a Novice from the Cameroon. 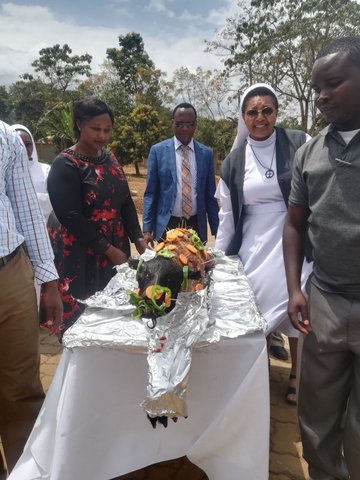 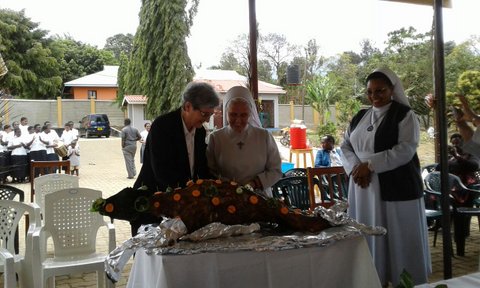 All enjoyed a variety of traditional dances performed by the Postulants, Novices and Sisters dressed in colourful outfits. It is amazing that in less than two weeks the Postulants from the five countries were able to learn new styles of dancing. Their performance was outstanding. 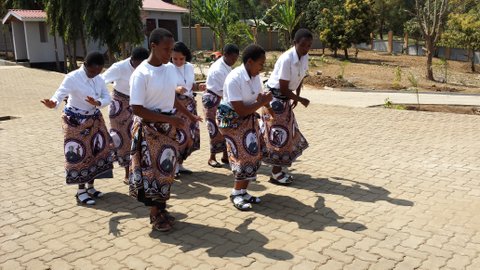 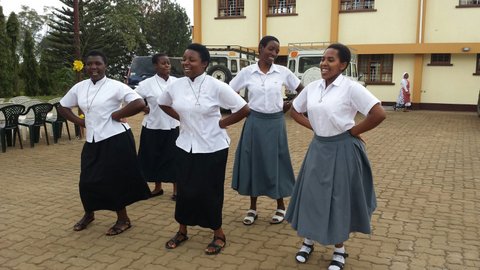 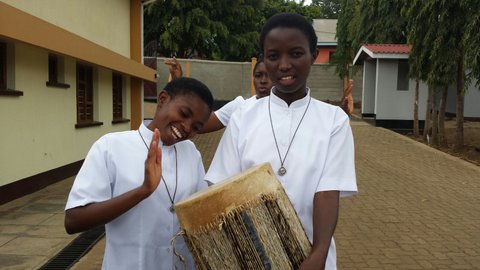 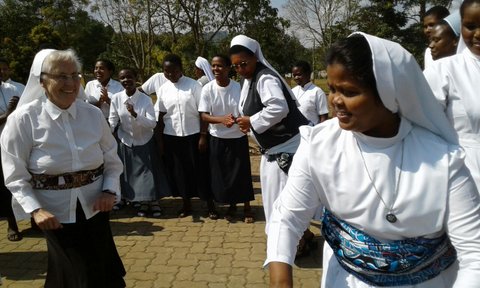 In the afternoon two Superior Generals and the Major Superiors met together to exchange the ideas relating to the proposed unification of the two congregations of the Pallottine Sisters. They had an interesting sharing and discussion about how the two congregations developed which were founded by St. Vincent Pallotti at Pentecost in 1838. It is also shared how the idea of uniting these two Congregations emerged and the steps which are in the process to realize this unity. 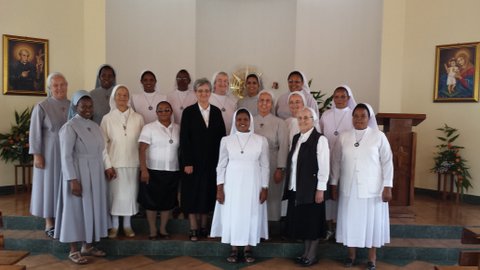 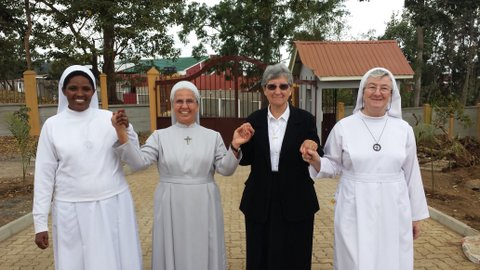 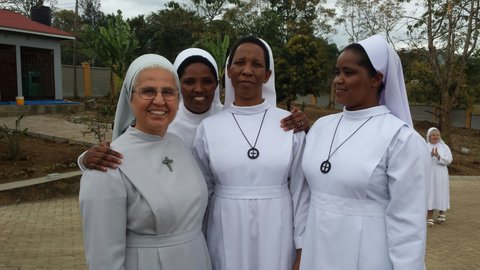 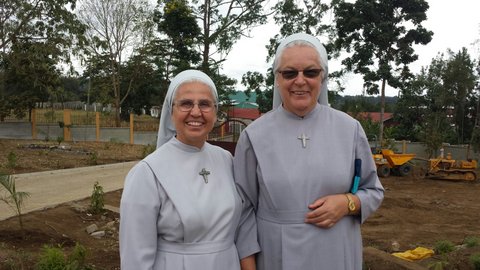 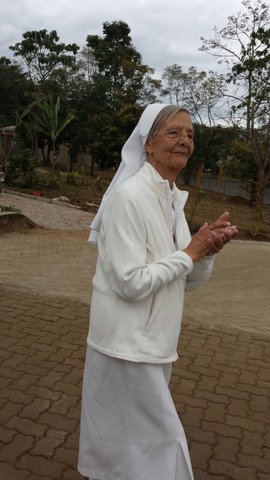 While the Roman Pallottine Sisters have left to visit their mission in Mozambique, the Major Superiors from Brazil, Rwanda/Congo, India, South Africa, Tanzania and Cameroons and the Provincial Council of Tanzania began their four-day Continental Meeting to plan for the future growth and development of our missions. The main theme is” Do not be afraid Mary, for you have found favour with God” Lk: 1:30. On the beginning Fr. Mathew Kozhuppakalam, MSFS, gave a talk on this topic developing the characteristics of a congregational leader, today. 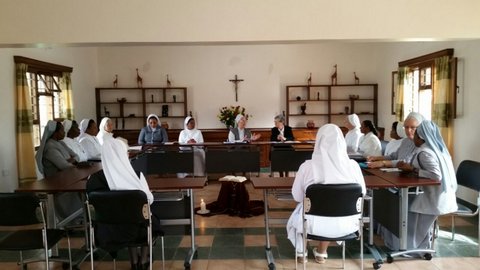 The meeting is led by our Superior General, Sr. Izabela Swierad, her Vicar, Sr. Josephina D’ Sousa and two Councillors, Sr. Liberata Nyiongira and Sr. Honorata Lyimo. The Sisters in Tanzania feel honoured that their country has been chosen as the centre for the International Novitiate and for this important meeting of the Major Superiors. 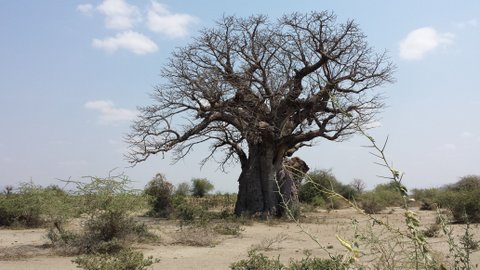 On September 8th the International Novitiate will be officially inaugurated in the Novitiate House, in Poli Singisi, Arusha, Tanzania.