The area was known as Cherry Bottoms until around 1900, when industry discovered the rich resources of coal and lumber in the area. It was renamed Richwood, and the population grew quickly as the natural wealth began to be extracted from the hillsides.

Hills in the area of Richwood, photo by Sr. Phyllis Carpenter, SAC

CALVIN AMOS was sent there in by a lumber company from Randolph Co. in1899; he was an accountant at the company store of the Richwood Lumber Co. His wife, CAROLINE {HOPE} AMOS joined him the next year. Caroline was the first Catholic in the area. The first Mass in Richwood was celebrated in their home in 1902. Calvin apparently remained a Protestant throughout his life, as he was buried in an Episcopal Church Cemetery in Maryland when he expired in 1911; Carolyn survived until 1941, and was buried in a Catholic Church Cemetery in Maryland, in the same plot with her parents.

RICHARD M. DYER donated land for a church in 1905. He was an Irish immigrant, and lived on Oakford Ave., Richwood in 1910; he owned his own home, and was self employed, dealing in general merchandise. In 1914 Mr. and Mrs. Dyer furnished a room in the new Sacred Heart Hospital. 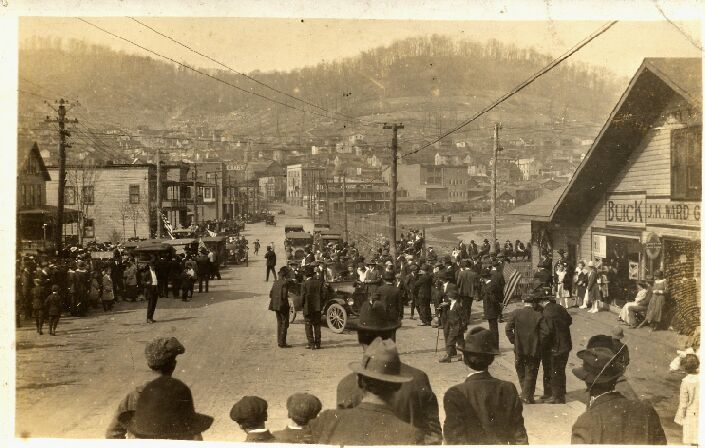 Richard apparently expired between the 1910-20 census, as his wife, Annie E., is in Washington, D.C. in the 1920 census. Annie was the second wife of Richard Dyer, and the not mother of his children. His two sons joined the military, then married and raised a family in other parts of W.V.

The church began as St. Joseph, Guardian of the Holy Family in 1905. Fr. Nicholas Hengers and a lay teacher operated a school from 1909 until the Pallottine Sisters arrived in 1912. In the 1910 census Fr. Hengers is living in Richwood on Greenbrier Road and View St. (this is right off Maple St.); his assistant is Father Augusta M. Bellward. 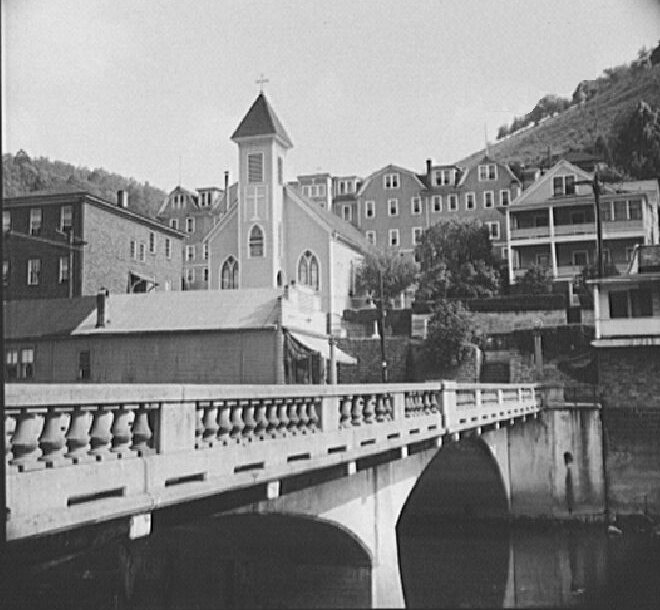 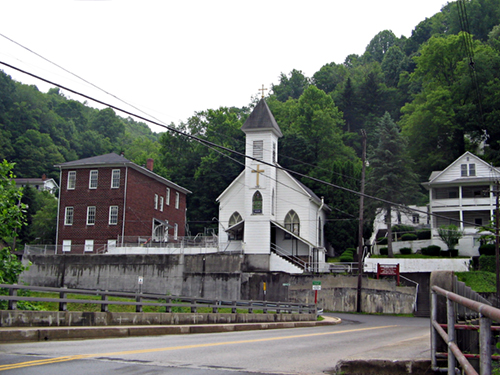 In 1920 he listed on Oakford Ave, which is probably the same place where he was in 1910, as Oakford Ave. becomes View St. once you cross the Cherry River bridge. The Sisters are listed in the next residence.

THE END OF THE WORLD!

The Sisters traveled from Stella Niagara on August 19, and arrived in Richwood on August 21, 1912. The trip over hills an valleys, rivers, towns, and country, on the trains of the day must have seemed endless, and it is recorded that they thought they had come to the end of the world! When completed, their little convent housed some odd furniture, namely four rocking chairs, which was an unknown luxury to them. 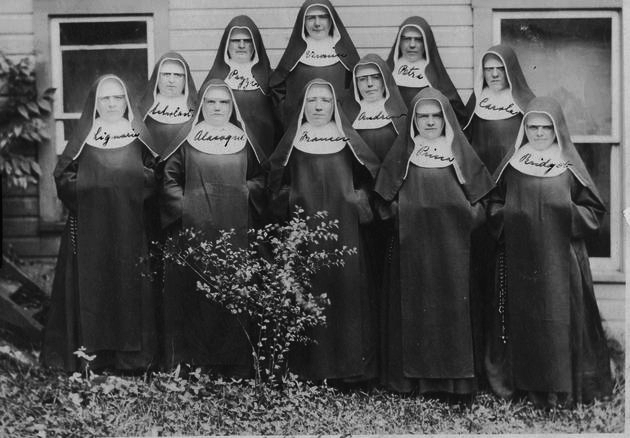 They had the joy of welcoming may Sisters to their home, as everyone came to Richwood! Even those Sisters destined for the British Honduras Missions stopped here, as this mountainous home was the center of the American Missionary endeavor. 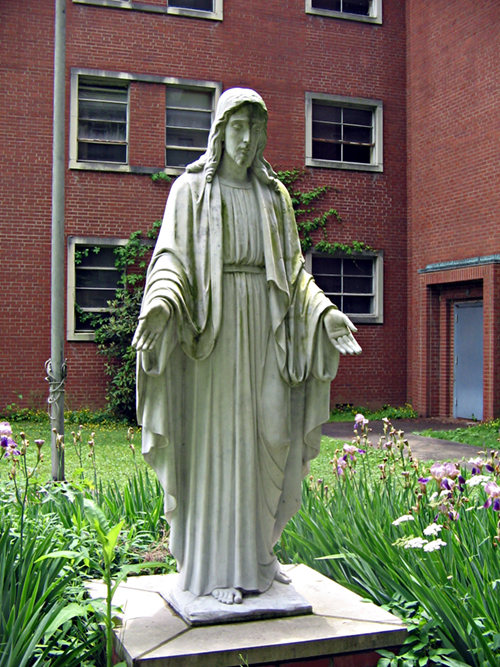 The school and boarding house for the children flourished, and the Sisters were busy serving both native born and immigrant children. On March 25,1920 “we” bought the Holzhauser’s little house with the garden next to the convent for $1,000, to house the children, since patients and lively children in the same building did not work well. (Deed Bk. 8, p. 475 – under the name of Bishop Donahue) “Those lively children disturbed the peaceful atmosphere at times. The house was dedicated to the blessed Mother and the children were placed under her protection.” (Richwood Chronicle)

The need to open a hospital surfaced early in the history of Richwood, and the ground-breaking was on June 23, 1913. The Sisters went to the camps and villages to collect money for the new hospital. Traveling to the camps meant riding what was called a “rail automobile,” a car that ran on the tracks. 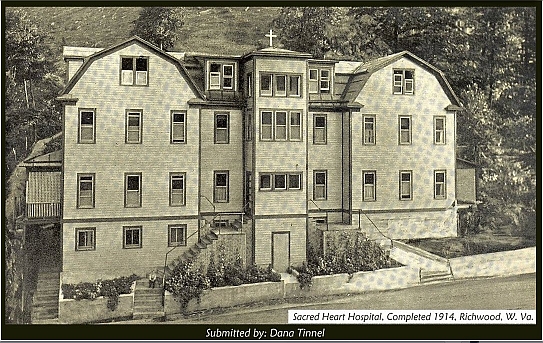 Later, in 1925, while collecting funds for the convent, the rail car broke down, and the Sisters spent the night in the lumber camp. They collect over seventy dollars on this trip!

Lumber camps were extremely rustic places, as the men were mobile, only temporary quarters existed, and running water was nonexistent!

World War I was difficult for the German Pallottines. In 1918, by order of the government, all Germans living in the U.S. had to register at the State Department in Washington, D.C., and failure to register meant imprisonment. A photograph and fingerprints of each Sister had to be forwarded to Washington. The Sisters were permitted to travel only with a registration card. 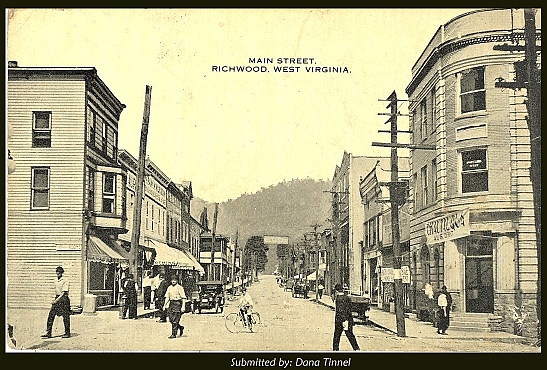 In 1920 prejudice abounded. People collected at the wooded area below the hospita and shouted, “Down with the Germans!” When they told that the Bishop owned the property, and not the Sisters, the crowd dispersed, but the Sisters had received quite a scare. (The Land Records for Richwood in the county courthouse are under Bishop Donahue)

Sacred Heart Hospital had a School of Nursing in the early days. It graduated 14 known registered nurses from 1920-1933. Sr. Carola Jehle was named as the director until 1924; Sr. Adelaide Powlaszewski was director until 1933.

In 1921 plans were made to enlarge Sacred Heart Hospital, and the right wing, an annex was completed in September, 1921. This included a laboratory and X-Ray department.

In 1930, Sr. Maximilliana Blumb (1900-1972) was working late in the laundry, because electrical power was very limited, as the factories needed it during the day. Surgical operations and laundry had to be performed at night. The hospital had a new mangle, and Sr. Maximilliana was attempting to complete the ironing. Her hand was caught in the machine, and as a result it had to be amputated. Things were pretty primitive in many ways at this time in history. 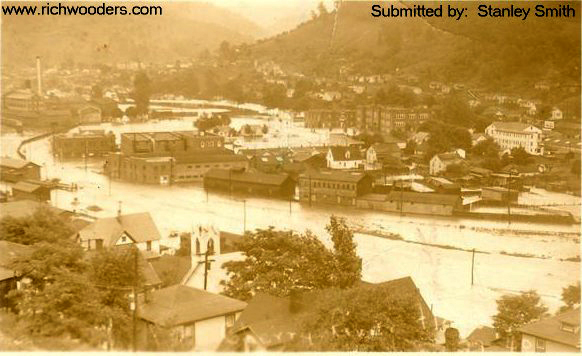 Flood in 1932 (submitted by Stanley Smith to www.richwooders.com)

Sr. Lamberta Berg spoke of a flood in Richwood that reached the steps of the hospital. She said that they “drove the serpents away with sticks!” (Huntington Infirmary Nurse) 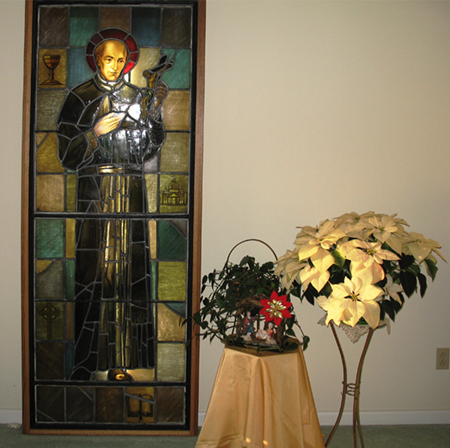 The Great Depression, and the deletion of natural resources took its toll on the town, and yet a new hospital was built in 1950 on the site of the old tannery. 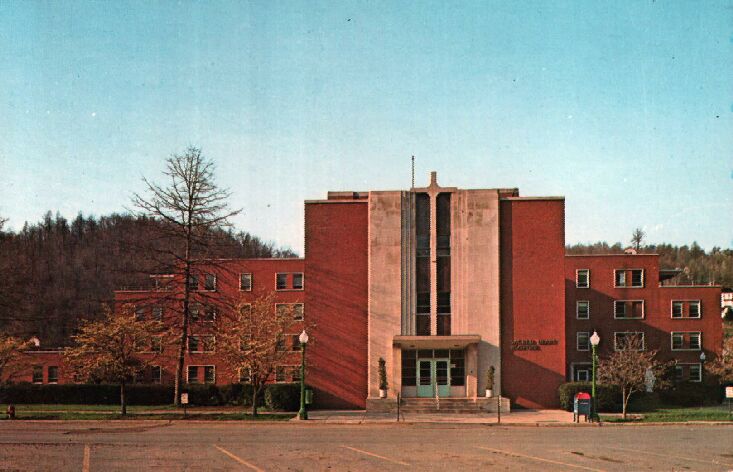 However, due to the inability to staff the facility, the Sisters reluctantly left Richwood in 1988.