St. Mildred Academy opened in 1921 as a high school and boarding school. The building housed a convent, school, and boarding rooms for girls. It had a reputation for being the most homelike school in Maryland. Since the Sisters of Mercy could not accommodate the growing needs of the school, they withdrew in 1921, and the Sisters of St. Joseph of Chestnut Hill, Pa. staffed both the grade school and the high school.

In 1934, under the direction of Mother de Pazzi Meurer, the Pallottine Sisters acquired ownership of the property, and took over the administration of the schools. In 1938 additions were made, and more students and boarders could be accepted. In 1949 two new classrooms were added.

The boarding school became a day care center in 1973. It continued under the direction of the Pallottine Sisters until 2010, when it was given over to a lay staff.

Sisters taught religion classes in fort Meade, Jessop, and White Marsh. They also taught in Bowie, Ammendale, Lanham and Landover Hills. Religion classes were given on week-ends in St. Mary’s school for Catholic children in the public school system.

Sr. Constance Domming retired from teaching in the high school, and worked with a community service called Help Laurel. With a motto of, ”Everyone cares in Laurel,”

many of the poor in the area were reached and their needs met by this group.

Sr. Antonio Reneau worked with a group called S.O.M.E., “So others may eat.”

She also did home visiting to the poor in the area.

Sr. Perpetua Moellering visited the sick after she retired from teaching. This ministry enhanced the growth of the Rite of Christian Initiation for Adults in the parish.

[Day in the life: Sister Perpetua]

She now concentrates on sculpture in a small shop in Laurel. She has a project called, “Divine Infants” (see the picture) which depicts in graphic form aborted fetuses of children who never had a chance to live. These infants possess a unique kind of energy. No two are alike, and a deep spirit of a life-force permeates each tiny form. 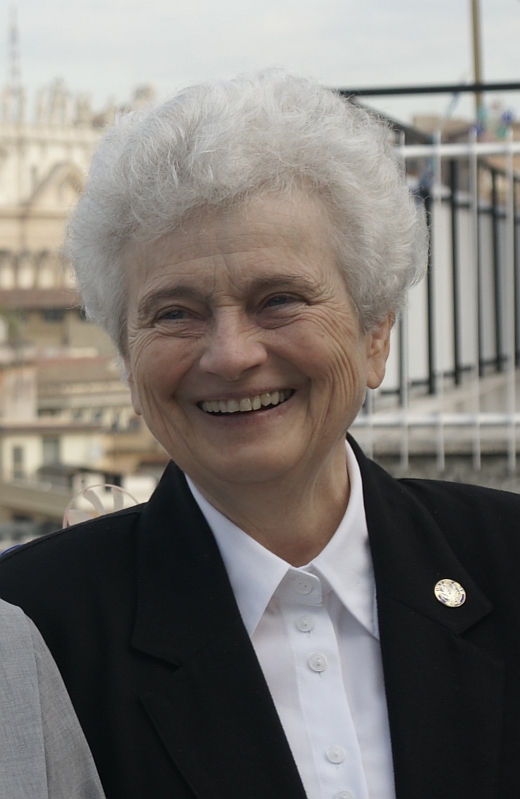 Sr. Elisabeth is the National Treasurer of the UAC in the U.S. She also finds time to do volunteer work in the parish.

Sr. Thomasine Thompson helps with the library in the Pallotti Day Care Center.

Sr. Patrice does editing for the Pallottine Generalate in Rome.

In addition to the four Pallottines, two Sisters of the Province of St. Mary of the Woods, Terre Haute, Indiana are in residence here. One of these women was a missionary in Taiwan for twenty-seven years, and now teaches part time at Catholic University in Washington, D.C. The other sister was the Administrative Secretary for the U.S. Bishops Conference. She is now retired, and does volunteer work with the poor outside Laurel. 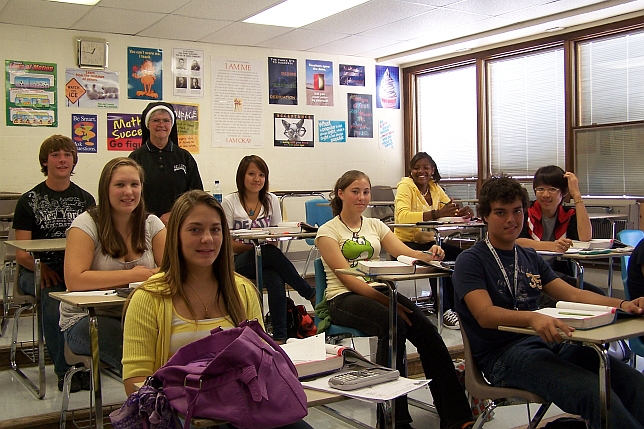 Laurel is a fast moving culture. Sisters there must possess high energy, dedication, and a certain degree of creativity. The parish continues to expand each year, and the needs of the people grow at a fast pace. Challenges abound, and they call out for completion.

The Pallottines have proven themselves equal to the task.