HISTORY OF THE BRAZILIAN MISSION

In 1980, the German Province founded a new Mission in Brazil. Sr. Maria Knaus was the Provincial Superior at that time. Some time before, she had heard a homily which had urged that the pallottine missionary charism “to all nations” be rekindled, and “to offer of the few young sisters, which the German Province had, to those who have less”. Gradually the project took practical form, the fruit of much prayer and cooperation with the Sisters of the Province. Therefore in January 1980, Sisters Mathilde Dierkes, Christina Schubert and Rita Lore Wicklein embarked for Brazil, to found the first Pallottine convent in Timbirras/Maranhao, North-East Brazil. There was no priest available to help this parish. Nevertheless, despite language difficulties, the Sisters began to carry out pastoral service to the people living in the town and surrounding districts.

Attracted by the work, the Sisters were doing, several young women living there began to discover their own calling to join the community. A time of preparation followed, and then, in 1984, three candidates were admitted to the novitiate. Together with Sr. Rita Lore, they moved to a rented home in the Center of Codó, a larger town some 24 km distant from Timbiras. On 8th December 1986, the first three Brasilian made their first profession.

At the beginning of 1990, the community in Codó divided into two parts and moved into more needy areas of the town. One group moved to a house in the suburb Sao Raimundo and the Novitiate to Sta. Terezinha. Both these suburbs were established as parishes in 1990, by Bishop Puender. No parish received a parish priest until 1991, when three Pallottine priests joined them from Germany and took over responsibility for management of the parishes. This had been the first time that the founders of a Pallottine mission were Sisters. 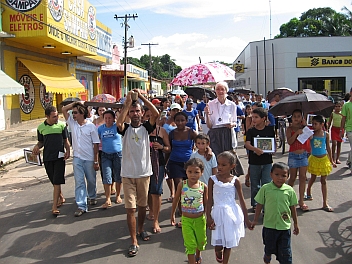 The year 1991 was a remarkable year in the Brazilian Mission. The day 27th October 1991 brought a sad loss to the pioneer community. Sr Mathilde Dierkes died suddenly in Timbiras, and was buried there. One week later, the first three Brazilian Sisters made their final profession. “The seed dies, in order to bear fruit!”

1998 brought another change. The Novitiate was transferred to Teresina, the capital of the neighbouring Province, Piaui. Sr. Maria Avani, one of the first Brazilian sisters, took over the charge of the novitiate and moved there with four novices. The community grows but slowly. Poverty and social and cultural circumstances all contribute to this very gradual growth. It is not easy for young people to undertake such a big step, requiring both stamina and perseverance in the living of this way of life. 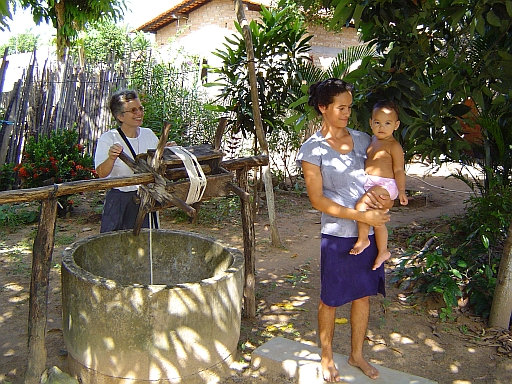 Today, the sisters work in four communities. One is German and ten are Brazilian. In all four parishes, pastoral work is the priority. In addition, three sisters are teaching in public schools and one works part-time in the Secretariat of the Conference of Religious in Piaui.

Brazil is not strictly a “missionary” country. There is already a 500-year Christian tradition. 75% of the population is baptised catholic. However, practical evangelisation in the modern sense, has not yet been adequately carried out. Injustice, inequality between rich and poor, and corruption are part of daily life. Paradoxically, those in leadership in politics and industrial business have been educated in private catholic schools. In fact, the catholic church concentrated mainly on the upper classes, and was reduced, in practice, to administering the Sacraments. Church services were held only once yearly in the rural areas. At these Services, the people made their confessions and received communion, and were regarded as thus fulfilling their Christian duty. In all other matters, they were passive and lived their daily lives guided by a mixture of Christian faith, superstition and magic. The Church was used to build structures that fostered unequality, oppression and power. Poor people had neither place nor voice in these structures.

Re-evangelisation of the people, in the sense of a life-giving church with a human face, which was there to serve the people, a church in which all would be heard and welcomed, was an urgent matter. This was also Vincent Pallotti’s vision. He saw how essential it is that hope, joy, love, courage be kindled in the hearts of so-called “ordinary” people, if the Christian message of good news is to be fully rooted in their hearts. 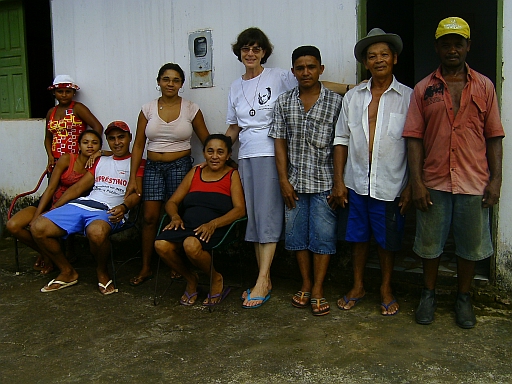 From the start, through presence and companionship, the sisters did their best to be with those who were poor and without rights. The Basic Communities that have sprung up in the rural areas and in the city slums, are places where this renewed vision of Christian discipleship is happening. At these meetings, there is reflection on the current situation, on the biblical word, and consensual ways of addressing various problems are explored. Every person has a place and a voice at these meetings, and here not only life- and faith-experience are shared, but also material goods. Lay co-ordinators are often poorly educated in the western sense, but they are wise in life-experience and authentic Christian discipleship becomes a daily reality and not simply theoretical speculation. 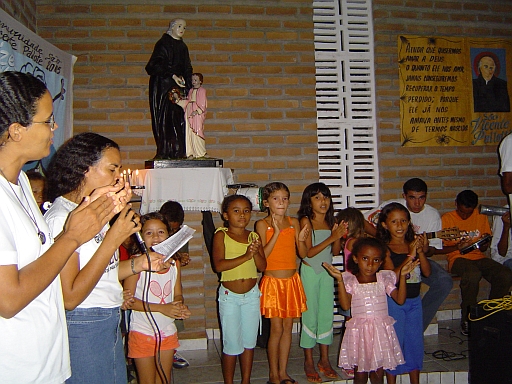 Other places where a rooted faith was lived were the different pastoral groups: They are found among the youth, the mothers, the families, in the celebration of liturgy, catechesis, in health prevention, in the care of the sick and of children. The “Papal Missionwork of the Children”, with its motto “Children evangelise children” offers further possibilities for the Christians to understand and practise their rights and responsibilities as citizens of the country. Healthcare and health education, and the use of natural healing medication are important. In these areas of concern, there is common cause with organisations that are not specifically Christian, political and social groups, trade unions and more. This is fully in accord with Pallotti’s vision, that all people and groups of good will cooperate with one another, to bring about the best possible way of living together. The leadership of the rural trade unions is, in fact, in the hands of men who have received their training for leadership in the basic communities. The coordination of all these groups is already in the hands of laity – men and women. The Sisters support all these groups in whatever way they can.

From the beginning, the Sisters felt very confirmed in the Pallottine Charism. They saw how it addresses the needs of our times. It is essential to educate lay-people to take over responsibility for evangelisation, to work together with them in every possible way. Training (initial and on-going) of leaders in all the different groups is organized year by year in courses and workshops. Day-by-day support and encouragement are given wherever needed. As experience grows, people begin to trust their own abilities more, and to cooperate with one another more fully. They experience that God manifests His miracles also today to the poor and simple people. It is a mutual giving and receiving.

The testimony of collaboration between Pallottine Sisters and Pallottine Fathers made the charism of Pallotti visible. The enthusiasm for Pallotti, for his vision of Church is catching. The people quickly picked up that the vision of Pallotti is also their own dream of a brotherly and sisterly church, which they already tried to live. Many wanted to know more about Vincent Pallotti and his spirituality. In 2000, therefore, the Sisters started the “UAC” (Union of the Catholic Apostolate) groups in all the pallottine parishes, and neerly all active laypersons belong to them. They deepened themselves in the Pallottine spirituality encouraged each other to live the Pallottine charism, and strongly support cooperation in unity in their parishes. 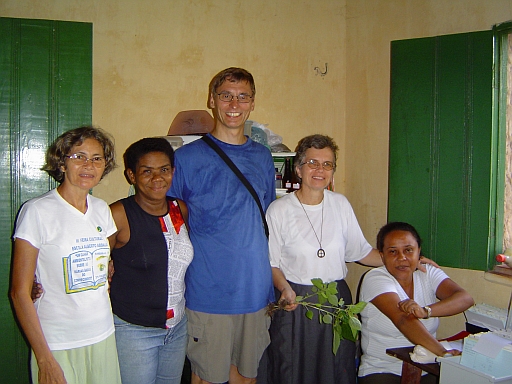 These groups usually meet once monthly. For instance, in Sta. Terezinha, they meet every 3rd Sunday at 06h00. They pray together, study Pallotti’s writings, and share a meal. The members take turns to organise the meeting. In addition, they organise the Novena that precedes the yearly Feast of Vincent Pallotti. They have no other specific area of action. Rather, they do their best to live their Christian discipleship day by day in whatever task they are called to do. In 2005, 28 lay people had been officially accepted in the UAC, by Fr Angelo Londero SAC, President of the National Coodination Council of the Union. The group is very attractive to other Christians, and new members are joining them. 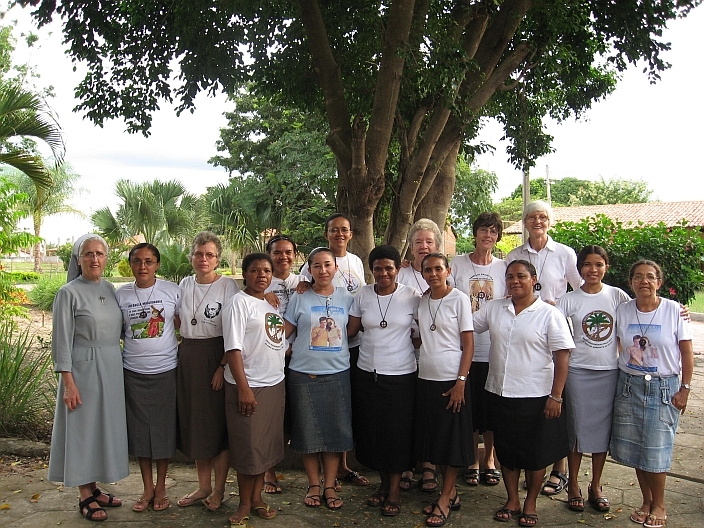 Many things have grown in the 30 years since the foundation of the Brazilian Mission. Various obstacles have been overcome, various setbacks have been endured. But all is grace. Therefore the sisters look back with deep gratitude. They had experienced, that God had been always with them.