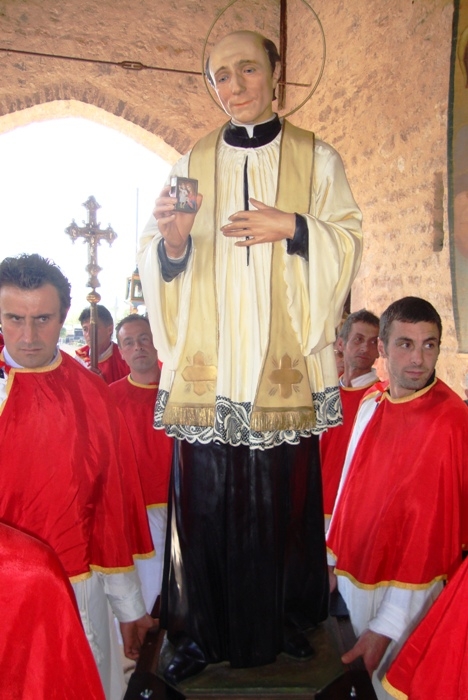 The small village of San Giorgio is located at an altitude of 915 m. above sea level and belongs to the county of Cascia, in the province of Perugia. This small corner of the earth, about 170 km from Rome, has been a family home of the Pallotti family. Peter Paul Melchior Pallotti, St. Vincent’s father, was born there in 1755.

Peter Paul was nearly 16 when he went to Rome for the first time. He was going to work there to earn enough for bread for himself and his mother Catherine, who had been a widow for 14 years. Rome then was 5 days away from his village. Other members of the family would go to Rome in the autumn immediately after completion of the work in the fields. His uncle Gaspare Capocetti, son of Magdalena Pallotti, had already left San Giorgio and moved to Rome. It was he who took Peter Paul in when he arrived in Rome. 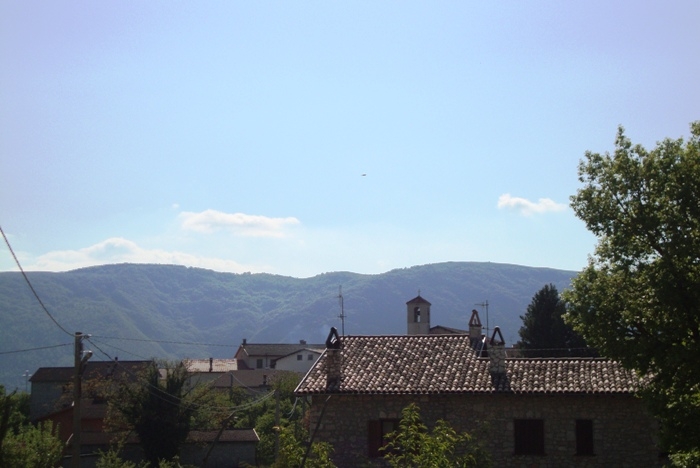 Peter Paul remained in Rome and kept his mother’s words in his heart and mind. He married and one fine day his wife, Maria Magdalena De Rossi, eight years younger than he, “gave” him a son, the third in turn, who was destined to hills higher than those from the mountains of his native land of Cascia. Certainly back in 1770 when Peter Paul left his little village he could not have foreseen that through this son the family name would become known all over the world. 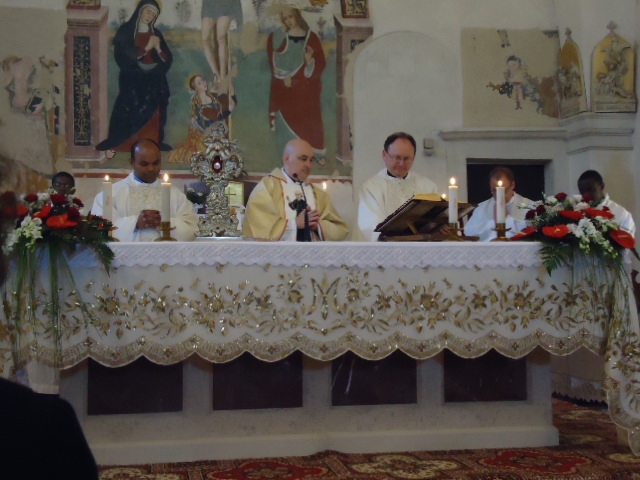 On May 8th this year about 40 Pallottines from four continents: Europe, Africa, South America and Asia attended the traditional event in San Giorgio, which is held annually in honor of their native son, St. Vincent Pallotti. The celebratory affair was preceded by a Triduum led by Sr. Edoarde, CSAC, and the host of the day was a zealous priest, 89 year old, Fr. Natale Rossi, who has been the parish priest in San Giorgio for the past 62 years. A Solemn Eucharist took place in his small church, presided by Fr. Almir Roman, SP from “Queen of the Apostles” International College together with priests participating in the annual course on spirituality for the formators and three students from the College. 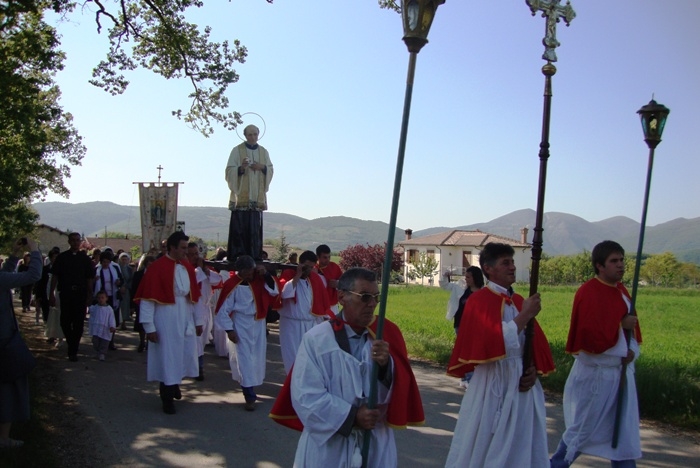 After the Mass the local members of Pallotti’s family prepared and served a typical Italian dinner for the many guests. At 4:00 P.M. the time-honored procession with the beautiful statue St. Vincent Pallotti took place through the streets of the village. After the procession, Vice General, Sr. Ignes Burin, CSAC, expressed her thanks to all the organizers of the celebration. 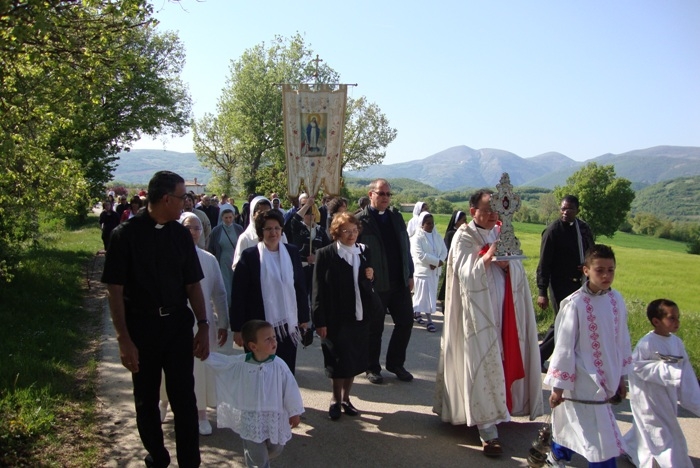 The Pallotti family, so very kind and generous, was given a number of books containing the sermons and speeches of Bl. John Paul II, delivered to the Pallottines during his pontificate. Heartfelt thanks were bestowed upon the family, who so warmly welcomed the visitors and participated in the memorable celebration in the birthplace of Peter Paul Pallotti.